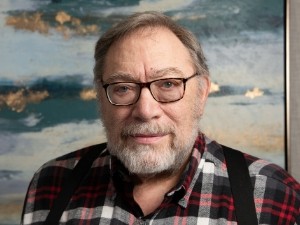 Although in the past Rich Firestone had been only peripherally aware of the Jewish Federation, this year he became more involved after the loss of his mother-in-law, who passed away just two years after Rich's wife. At the Sol Levinson funeral home, Rich found out about the Federation-sponsored bereavement group series. Through the group, Rich was able to find a community. Rich felt good surrounded by people who were feeling the same way as he did and experiencing similar struggles.

"Men tend not to have their own social circles—they usually have their wives’ social circles," says Rich. "So when their wives passed away, the men in the group were kind of floating. That’s what it’s been like for me for the past two or three years."

After joining the group, Rich decided he did not want to remain static and instead would put in effort to move on to another chapter in his life. One way he has been able to do that is by serving as a volunteer of the Federation's Fed TOV Connections program (formerly FED TOV). So far, he has volunteered as a driver to help a community member get to the hospital for her medical appointments.

"Even though there are programs like Neighbor Ride in the community, there are times when they are not available, so it’s better off if you have someone who is not really attached to that kind of program," says Rich. "I’m happy to be just an ad-hoc volunteer."

"I see now the various services the Federation provides for the Jewish community here in Howard County," Rich adds. "They’re impressive, and I’m glad I made contact. Making the connection with the Federation and helping people through Federation programs has really been a godsend."

UPDATE:
We were very saddened to hear that Rich had suddenly passed away on July 29, 2020. May his memory be a blessing.