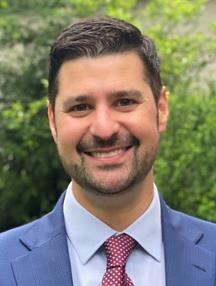 On behalf of the Board of Directors of the Jewish Federation of Howard County, I am pleased to announce the appointment of Joel Frankel as our federation’s new Executive Director, effective July 1. Joel will be succeeding Ralph Grunewald, who has so ably served our community for the past four years.

Most recently, from 2016 – 2021, Joel served as Director, Campaign Operations, and previously as Campaign Manager, of the Jewish Federation of St. Louis. He led a comprehensive overhaul of the development process and helped transform the annual campaign that resulted in increased revenue and donor retention rates during his tenure; most recently, that campaign raised over $10 million annually. He personally was responsible for raising over $500,000 annually from 90 donors and prospects, and oversaw a targeted and successful direct mail campaign. Joel also managed most of the federation’s volunteer solicitors.

Earlier at the St. Louis Federation, from 2011 – 2015, Joel served as Donor Information Analyst and Israel Engagement Professional. In the latter role, he recruited participants, organized itineraries, and facilitated programming for various local Birthright Israel trips and conducted over 200 one-on-one engagement meetings with St. Louis young professionals. From 2009 – 2010, he was a Senior Analyst at Nielsen Business Consulting Services, where he developed business models and identified key growth drivers for consumer packaged goods.

Joel is a graduate of Emory University’s Goizueta Business School, where he received a BA in 2007. He is married and has two young children, and will be moving to Howard County during the summer.

Chuck Koplik, a Co-Chair of our Search Committee, said, “Our committee was looking for a professional who would strengthen our outreach and engagement of community members in Jewish life and help accelerate our annual fundraising. Joel has proven skills and the right experience to help our federation meets its ambitious goals.”

Added Hedy Tanenholtz, the other Co-Chair of our Search Committee, “We were struck with Joel’s broad knowledge of federation systems and procedures, and he has a very engaging and dynamic style. We know he’ll bring passion, enthusiasm, and new ideas to Howard County.”

As President, I am also looking forward to Joel’s arrival in our community. As our departing Executive Director, Ralph Grunewald, has told our Board of Directors and me repeatedly, Joel will inherit an outstanding professional staff. I am certain that our outstanding staff’s skills will be an excellent complement to Joel’s skills.

Please join us at our Annual Meeting on June 24 to say farewell to Ralph and to greet Joel.