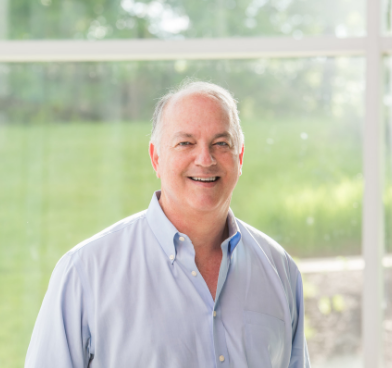 From the Desk of Ralph Grunewald, Executive Director
Earlier this month, the Jewish Federation of Howard County held a special commemoration on the 23rd anniversary of the assassination of Israeli Prime Minister Yitzhak Rabin. Middle East analyst David Makovsky, who, as former editor-in-chief of the Jerusalem Post, had spent a great amount of time with Rabin, spoke very movingly about the qualities that made him an exceptional leader.

Following Mr. Makovsky’s presentation, the Federation's shaliach (Israeli emissary), Shay Rubinstein, spoke about the impact of Rabin’s death on his generation, born after the assassination. One of the many ways your financial support of the Federation makes an impact locally is through our shaliach, whom the Federation hosts, usually for two-year stints. Your donation supports the shaliach's salary and basic living expenses, as well as Israel programming throughout the year.

Like all our past emissaries, Shay brings Israel to Howard County. He’s made strong connections and partnerships with local synagogues, local preschools and religious schools, the Jewish Group at Howard Community College, and many other organizations. Shay also organizes dozens of events and programs, such as our annual Israel Festival and the Israel Café programs.

I am devoting this community update to the remarks Shay delivered at the Rabin commemoration, which reflect the future embodied by young Israelis.

I must say that the shaliach position is really great; in what other circumstances would I have had the opportunity and the honor to speak right after a well-known speaker like Mr. Makovsky?

In his last speech, minutes before being assassinated, Prime Minister Yitzhak Rabin said, “Violence erodes the basis of Israeli democracy. It must be condemned and isolated.” These words of Rabin are very meaningful for me, even though I was born after Rabin was assassinated.

When I was younger, I actually lived next to Rabin Square in downtown Tel Aviv, and my home was just five minutes away from where Rabin was assassinated. On the night of the assassination, my parents heard the bullet shots from our home. I remember that as a child I used to walk with my mom across Rabin Square. One time, I stopped at Rabin’s memorial, where I asked my mom, “What is this place?” My mom said, “It’s probably the most tragic place in Israel’s modern history.”

At that time, I didn’t know what she was talking about. Now, I definitely understand.

Before speaking about Rabin’s legacy, I would like to mention the I now live two blocks away from where Rabin used to live, in northern Tel Aviv. My uncle is Amnon Rubinstein, who was the Israeli Minister of Education in Rabin’s government. Since I’m very interested in politics and history, I have had many conversations with my uncle. I asked him many times about his relationship with Rabin. He mentioned that Rabin was a pragmatic leader who realized that he had the opportunity to change the course of history.

During his term of office, Rabin and my uncle worked together to improve Israel’s education system. My uncle Amnon says that Rabin tried to ensure Israel’s future in many areas. Rabin’s assassination was the hardest point of my uncle’s political career. After Shimon Peres lost the election to Netanyahu in 1996, my uncle never wanted to return as a member of the Israeli government.

Sometimes I think to myself about what would have happened if Rabin had not been assassinated. The assassination changed the course of history as it stalled the peace process. Afterward, many lives were taken in Israel and in the Middle East during the intifada and other wars in Israel.

While Israelis are sometimes divided about Rabin’s legacy, what I learned from him is that we should think about our homeland’s future and not be afraid to take risks to ensure a better future.

Rabin said, “Peace is not just a prayer. Peace is the most important prayer among all our prayers and the aspiration of the Jewish people – a genuine aspiration for peace.” During these hard times when we face situations of hate, racism, and violence, I just wish that more leaders would act like Rabin, who wanted Israel and the Middle East to become a safe and tolerant place for all its inhabitants.

We are standing at a critical point of time when we suffer from violence and hate, both in Israel and in America. Therefore, we need to denounce violence. I’m very proud of belonging to a great Howard County Jewish community that stands together for a better future. Last Monday’s vigil for the victims of the Tree of Life Synagogue in Pittsburgh was a great experience for me as an Israeli to see how Jewish and non-Jewish communities join together during hard times.

I’m happy that in my own country, many young Israelis are doing good for a better future in education, youth movements, and tikkun olam (repairing the world). The Jewish Federation’s shlichut program in our wonderful community is a great example of how we can create a better future – together. It is a very meaningful and impactful way to express Yitzhak Rabin’s legacy, especially as Israel’s future depends on the Jewish people and the Jewish people’s future depends on Israel.