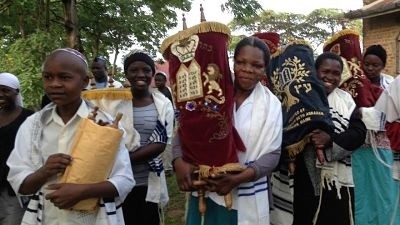 A month after launching their campaign to feed a small group of Jews in Uganda, known as the Abayudaya, the Howard County Jewish community raised nearly $21,000 — more than doubling their initial goal — which will feed the Ugandan Jewish people and their Christian and Muslim neighbors for two days. Read more.