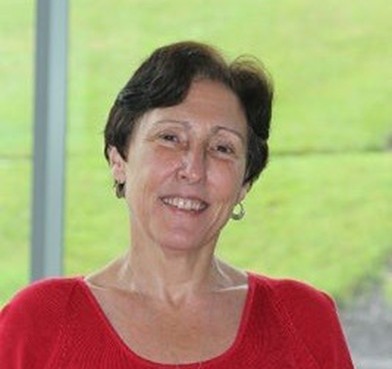 Rabbi Amy Scheinerman serves as the Federation’s Hospice Rabbi, providing pastoral care to Jewish hospice patients and their families, and working with seniors in the community. She serves an important role, in addition to the Federation’s Community Chaplain and Community Social Worker, in providing social services to our Jewish community.

Rabbi Scheinerman, your important work is often under the radar, so we’re excited to learn more about it. Can you tell us about your role at the Federation?

My role as Hospice Rabbi is to provide religious, spiritual, and emotional support in whatever way necessary for the person in hospice, their family, and sometimes friends who are part of their inner circle. That may sound like a broad description, but being in hospice is a different experience for each person, and everyone has their own particular needs.

For patients in hospice, it’s important to have somebody who appreciates Jewish values and Jewish ways of thinking and doing, and can answer their Jewish or broadly spiritual questions and concerns in a safe way. The alternative would be a decidedly Christian chaplain, which makes a great many Jews quite uncomfortable. They want to hear Jewish prayer, they want to hear Hebrew, they want someone who can sing Shabbat hymns to them on Friday afternoon, someone who can discuss Jewish theological questions and concerns with them in a way that provides a solid Jewish but non-dogmatic answer.

In addition to my hospice role, I offer some services at Vantage House, an independent living facility, creating a community there. The Federation is hoping to expand this outreach to Jewish seniors in Howard County in the coming year.

Can you explain what hospice is?

Hospice patient care focuses on physical and spiritual comfort for the terminally ill. There comes a time when it is more beneficial to focus on comfort and quality of life rather than engaging in heroic measures to lengthen life. Hospice care often helps family and friends get past guilt and fear, and allows them and the patient to spend the remaining time meaningfully with each other without worrying about hospitals and treatments.

At which locations do you serve patients?

I go wherever the patients are. Occasionally they are at Gilchrist Center on Cedar Lane. More often they are in a nursing home, an assisted living facility, a group home, or in their own homes.

And what does your rabbinic role at Vantage House entail?

There is a large and robust Jewish community at Vantage House. Several times a year, I lead Friday Shabbat services there. The people love to come together as a community. They’re very intelligent, thoughtful people, and I provide sermons that challenge them intellectually and invite them to respond. They have a lot to say. The group at Vantage House is a wonderful community of people, very solid.

Recently, I have offered more educational programming at Vantage House as there’s still a need for more rabbinic chaplaincy and adult education there. The residents really want that. I held an inclusive educational program where everyone—Jews and gentiles—were welcome. I also did several programs on the memory-assisted care unit, using music as well as posters and pictures to provide visual stimulation. A few of the programs I’ve done were about Esther and Ruth. Most of the participants on that floor are women, so they loved it.

What is your personal professional history and how did it prepare you for this role?

For 27 years I was a pulpit rabbi in Howard County, Baltimore, and Carroll County, occasionally working in Virginia and North Carolina as well. After that it was time for a change, but I hoped to keep working in counseling and teaching, the parts of my job that I had most enjoyed. At the time, serendipitously, the Federation called and asked me to take on the role of Hospice Rabbi.

I felt good about the role and felt that I could do it effectively. So I took a long time to think about the Federation’s offer—a whole 3 and ½ seconds—and considered myself very fortunate. To be able to accompany people through this extraordinarily challenging experience and offer them support is an enormous privilege.

What is the most necessary quality or trait in the Hospice Rabbi role?

Listening. When you listen to people, you listen to what they say, what they don’t say, and what’s totally beneath the surface. In situations like this, if people trust you and believe that you are completely there for them in a completely non-judgmental way no matter what they say or reveal, they will reveal everything they need to. That is very good because I have yet to see, even in the most wonderful functional family, things that didn’t need to be resolved before the person passed away.

What is one of the challenges of working in hospice?

All too often in our society, people aren’t placed in hospice care until they are very close to the end. While I can offer some help in that time, sometimes I don’t have as much time as I would like to build the relationship. That doesn’t mean I cannot help the people involved. But in some cases, I cannot do the kind of deep work that may be needed. Similarly, there are a lot of palliative care doctors who could help people more if they were allowed to help them sooner.

Isn’t it hard to face end-of-life situations on an ongoing basis?

To be there for people is not difficult. If you’re interested in people and care about people, it’s easy to be there for them. It’s a blessing. The not-take-it-home part, that’s harder. People call it compartmentalizing. That’s a skill I learned as a volunteer chaplain for the Howard County Police Department. Every time the pager went off—remember pagers?—there was an intense and often tragic situation that had to be attended to. I got some very good tips and advice about compartmentalizing from the chaplain who headed up the police department chaplaincy unit in those days. Did I always succeed? No, sometimes the situation hit too close to home. But I got better and better at it. What helped me was the firm conviction that the better I am at it, the better I am for other people.

What are some of the most common requests in hospice?

People want to talk and be listened to. They very much want a prayer for healing. And the families want to be guided through this process. They don’t want to be doing it alone.

Is there a particular family that comes to mind when you think about how chaplaincy services have made a difference?

There was a man at Gilchrest, very elderly. By the time I was called in, he was no longer responsive, but he had this marvelous extended family. Not only were his kids there with their spouses and kids, but all his nieces and nephews were there with their kids. I don’t know how they fit everyone into that room.

They were there, day after day, for long hours. After a few days, I asked the kids why, in their view, their father was hanging on. They said they didn’t know, but they were having an increasingly hard time keeping up their spirits. Then I asked them about the woman in the corner. She hadn’t said much, and when I had been introduced to everyone, she hadn’t been mentioned.

The man’s children explained that the woman was their father’s wife: After their parents’ divorce, their father had married this woman, the love of his life.  Now she was in the early-to-middle stage of Alzheimer’s. When I asked them how they regarded their relationship with her, they told me that they loved her and were completely committed to her. Even after the passing of their father, they would still consider her a part of their family and take responsibility for her.

After I confirmed that they would care for this woman, we went back into the room. I led the family in prayer, and they each had an opportunity to give their father their final blessing. And then I asked them to address the subject of their stepmother—her needs and their relationship. They explained to their father that she would never be alone, that they would take care of her for the rest of her life and he didn’t have to worry about her. I arranged with them that they would then say, “And now we are all leaving for 45 minutes to get dinner and we are taking her with us, making sure she gets a good dinner, like we always do. Then we will return.”

Remember, he had been unconscious for days. So they all left at 6:15 that evening, and according to the staff at Gilchrest, he died at 6:27. He had heard what he needed, and my guess was, which I did share with them when I asked them to vacate, he couldn’t bear to die and have his wife see it. He thought it would be so distressing to her in her state of confusion (because of her Alzheimer’s), so he was holding on. Afterwards, the children felt good about what they had done for him. Not only were they left with no guilt, they were left with the sense that they had honored their father to the max.

Is there a particular Jewish value that speaks to you that you bring every day to your work?

I think compassion is the key to everything. In the Talmud, there is a passage in which a sage teaches that compassion is the foremost attribute of G-d and if you want to be like G-d, you need to be compassionate. I think it’s a good way to think about what we’re here for. We may not always succeed, but it’s a good goal for all of us, and I hope I get better and better at it all the time.

How does the Jewish Federation’s mission align with your values?

The Federation touches so many lives and supports people in their Jewish living and in their times of need in ways that most of us don’t see. We have made it this far, and we are strong as a people because we have those common values of organizing ourselves and helping one another, including taking care of people we don’t know personally. It is one of the proudest attributes and accomplishments of the Jewish community through time.

When I was in high school, supporting Soviet Jewry was a big issue. Jewish teenagers spent their weekends placing phone calls to refuseniks to let the Soviet government know that we knew about them. We would also go to rallies. I remember a non-Jewish friend asking me why my bracelet had the name of a refusenik on it: “Why are you wearing that—you don’t know him?” I responded, “He’s part of my family.” That notion that we’re all connected is enormously powerful. Not symbolically powerful—truly powerful. The people that I serve are part of my extended family I haven’t met yet.

What do you wish for the future of the Federation’s hospice and chaplaincy programs?

That my chaplaincy could be expanded to include many more in the community, especially seniors. We have a rapidly-growing elderly population for two reasons: Natural aging, but also, people are bringing their elderly parents to live in Howard County because they don’t want them too far away. These seniors need chaplaincy and educational services. They need a rabbi.