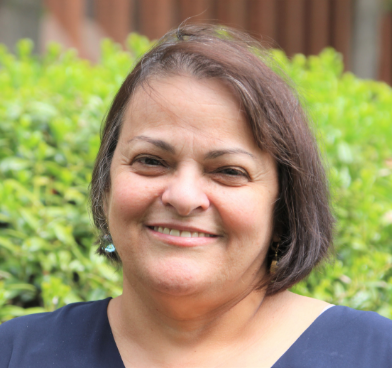 Ora Fisch, long-time Howard County resident, has been a member of the Federation’s Israel committee and the American “mom” of the Federation’s shaliach (Israeli emissary) for several years. Read more about Ora’s commitment to education and her love of Israel.

Hi Ora! Tell us a little about yourself.

I am a native Israeli who has been living in Howard County for 33 years. I studied Hebrew and Arabic at Tel Aviv University and for many years, taught Hebrew at Beth Tfiloh in Baltimore. Today I still teach Hebrew to adults at Beth Shalom Congregation and kids at Beth Shalom's Hebrew school. I have three children, one of whom works for the Jewish Federation in Los Angeles.

How did you first get involved with the Federation?

I got involved with Federation when my daughter, Liron, attended jLeads, the Federation’s young leadership course. From there, I signed up our family as the host family for the shlichim (Israeli emissaries). Since then, I have been the host “mom” to prior shlichim Hadar Shahar and Ella Haetzni, as well as this year’s shaliach, Shay Rubinstein. I am also a member of the Federation’s Israel committee.

What is the mission of the Israel committee?

Our mission is to help the Federation bring Israel, in every aspect, to the people in the community: at all different levels and in all different ways—not just politically, but in other ways too. It’s especially important to me that we focus on educating children because when the kids finish their bar or bat mitzvah and are out of Hebrew school, they are at a critical age. Before they go to college, it’s important for them to be engaged with Israel.

The committee wants to help people understand the different aspects of Israeli society. For instance, with the recent Israeli elections, our goal is to educate people about the Israeli political system and the different political situations that can arise. We also want to explain the real relationship between Israeli Arabs and Jews, and how the makeup of Israeli society is not as black and white as may be painted in the media.

We want to help people understand that Israel isn’t just about Israel. It’s also about the world. Israel has accomplished many great things that contribute to the greater society—in medicine, science, and technology—and it’s important that people know about them.

Why do you think the relationship between Israeli Jews and American Jews is so important?

I think we support each other. It’s not just the American community that supports Israel; Israel’s accomplishments also contribute to our pride as a Jewish people.

What do you do as the American “mom” to the shlichim?

As the mom to the shlichim, I offer general help and guidance about day-to-day questions, such as where to find certain things at the store or advice on a program. It really depends on what the shaliach needs. When Ella lived here, she needed a new coat, so I went shopping with her for a coat. I try to be more like a friend, answer any questions they may have, and invite them for Shabbat and holidays.

What do you enjoy most about the role?

I like to be involved with the young people from Israel because I very much appreciate the young people’s perspectives. Each shaliach has his or her own story—their politics, how they grew up, their views of the different communities within Israel, and what they would like to do in the future.

I think that without the Federation, Howard County would be much more disconnected. It would not be enough for us to rely on Jewish programming that may be available in Baltimore or Washington, DC. It’s very important that we have opportunities to attend Jewish programs and be connected to Jewish life right here in our area, be accessible to everyone, whether affiliated with a synagogue or not.This is the way that we connect to our heritage and pass it on to future generations.

What is your favorite Israel program at the Federation?

I really like Israel Café—each shaliach does it in his or her own way, focusing on a different topic, whether women in Israel, the National Israeli Trail, or the Israeli elections. And last year’s Israel Festival was an amazing program, with a lot of activities and a great celebration!

Is there a particular Jewish value that inspires you to give back/volunteer?
Ahavat Yisrael (love of the Jewish people) and k’lal Yisrael (community of the global Jewish People). It’s very important not to exclude anyone from the greater community.

What is your favorite Jewish holiday?

In every holiday, I find something I like. When my kids were growing up, they knew that there were customs that we would do specifically for each holiday that made it special to us.

I love doing things related to learning languages, whether studying etymology, solving word puzzles, or keeping up with new words added to modern Hebrew. When I worked for seven years in the IDF, my specialty was the Arabic language. I can also speak some French, as my mother studied French in Morocco and I learned from her.