Private home Address given upon RSVP 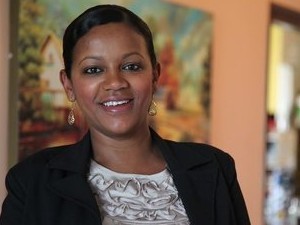 Pnina Gaday-Agenyahu currently serves as the shlicha of the Jewish Federation of Greater Washington. She previously served as Director of the Hillel Center at Tel Aviv University. Like all Israelis, Pnina has a very interesting personal story. She was born in Ethiopia and immigrated to Israel when she was three years old. In 2014, Pnina was named by Haaretz as one of the 66 influential Israeli women you should know.

Join us September 15 at 7:00pm as we kick off our Annual Campaign and hear Pnina's inspiring story as well as the work she has done in Israel aimed at social change. The kickoff event is for individuals who donate $500 or more to the 2015 Annual Campaign.